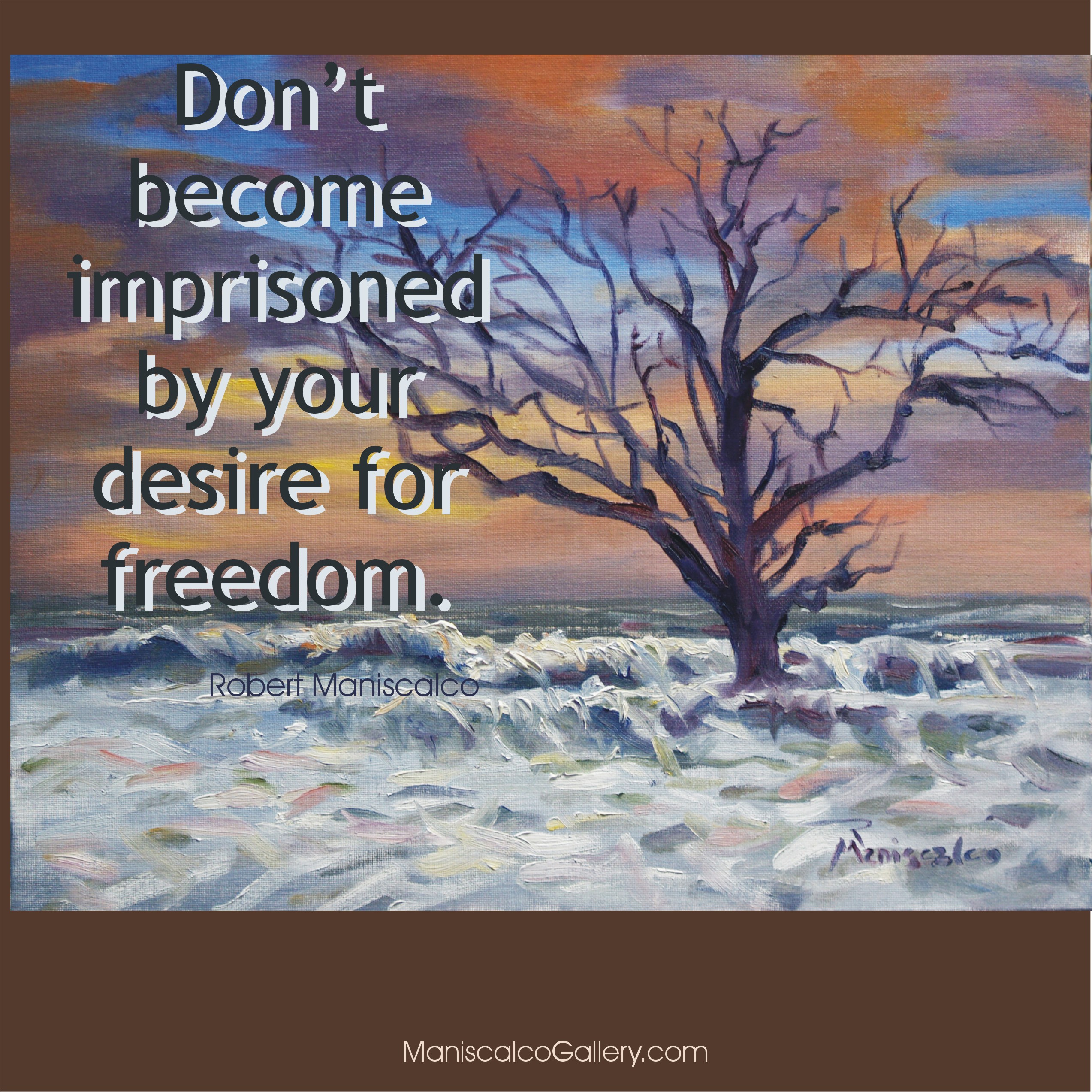 People first approaching the arts often assume that total freedom is achieved through the abandonment of structure or giving into complete chaos.  Seasoned artists know that true freedom is the result of structured chaos.

On the other hand, the idea that we can control anything outside our own thoughts and actions, is the greatest delusion a human can have.  If you can control your own mind, including your ability to release control when desired, anything is possible.  In fact, confusion is the only state in which new things are possible. During states of heightened awareness and control we will only do well what has already ever been done.  Creativity requires a deliberate, intentional release of control.  This is often done by throwing ourselves into unfamiliar structures, creating the “sink or swim” effect.

This can be something simple.  After 35 years as a professional painter, I have developed a pretty solid skill set.  So, I often have to force myself into unfamiliar circumstances. For instance, not being in control of a familiar tool, medium or technique or struggling to be in control of an unfamiliar tool, medium or technique produces a tension and excitement which often leads to a more compelling result.  As an artist, I will sometimes paint with my left hand, a crummy brush, in low lights, or in another room from where my subject is set up.  This “handicapping” creates the circumstances for accidental brilliance, what the affable Bob Ross used to call “happy little accidents.”  Blind contour drawings often produce the most personal and compelling results because the ego is being bypassed during the process.

As an actor, I have found numerous techniques to “get myself out of my head.”  Focusing on doing an action forces our attention away from how we are “supposed to be” feeling.  Jumping up and down throughout a scene, using a strange accent, speaking in gibberish, using sense-memory or playing the moment as a particular animal can not only help the actor get to the heart of the scene, it may even reveal layers of character not originally considered during rehearsal.

Remember, control is a product of the ego, which believes it has special powers, which do not in fact exist.  Ego only adds tension, which is the death-knoll of expression.

Intuition occurs when we give up the intense work of trying to solve a problem through our own efforts, using everything we “know” and we release ourselves to a higher power, where the most perfect solution has always existed since the beginning of time but which is brand new to this world.