The Self Esteem Delusion 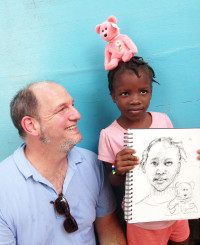 I believe freedom from suffering is only possible, once the ego is revealed for what it is. The ego is that part of us which believes we are separate from God. Another word for ego in this context might be called sin. We all know a healthy self-esteem, self-reliance, self-pride and self-love are an essential part of the puzzle. But they are only a means to an end. Spending the better part of my life trying to build self-esteem was an empty exercise. Somehow, it always left me flat. I learned the ancient and modern mindfulness technologies and began doing a better job of managing my thoughts. I had great success using Cognitive Behavioral Therapy, yoga and meditation, as well as numerous other mind control technologies. But at the end of the day all that self-enrichment didn’t produce the bliss for which I was searching.

Again I tell you, it is easier for a camel to go through the eye of a needle than for someone who is rich to enter the kingdom of God. Matthew 19:24

All my best efforts at fixing myself, by myself, for what I believed were my best interests, led only to more desire and more suffering. Like a heroin addict, I always needed another fix. Until I realized and accepted my connection with my higher power, and dedicated my life to serving God, and by extension, His children, my fellow beings, I was destined to suffer.

I read the William Ernest Henley poem, Invictus, at my father’s funeral, because it was the poem he believed most influenced his life. I buried a copy of it with him. Here is its key point: “I am the master of my fate: I am the captain of my soul.” Personally, I have found life much more blissful since I have allowed God to be the “captain of my soul.” Jesus is the key to my happiness; He is my connection to the Universe. He lifts my burdens and provides me that “marvelous light” I was unable to find in myself or in the philosophies of man. I was a victim. Now I am a victor. So as for me and my house,

“The Self Esteem Delusion” is an excerpt from Quench, by Robert Maniscalco, available December, 2015