Following is an excerpt from my upcoming book, called “Quench.”  This is from a conversation I had with the children at the Bread of Life Orphanage in Haiti. 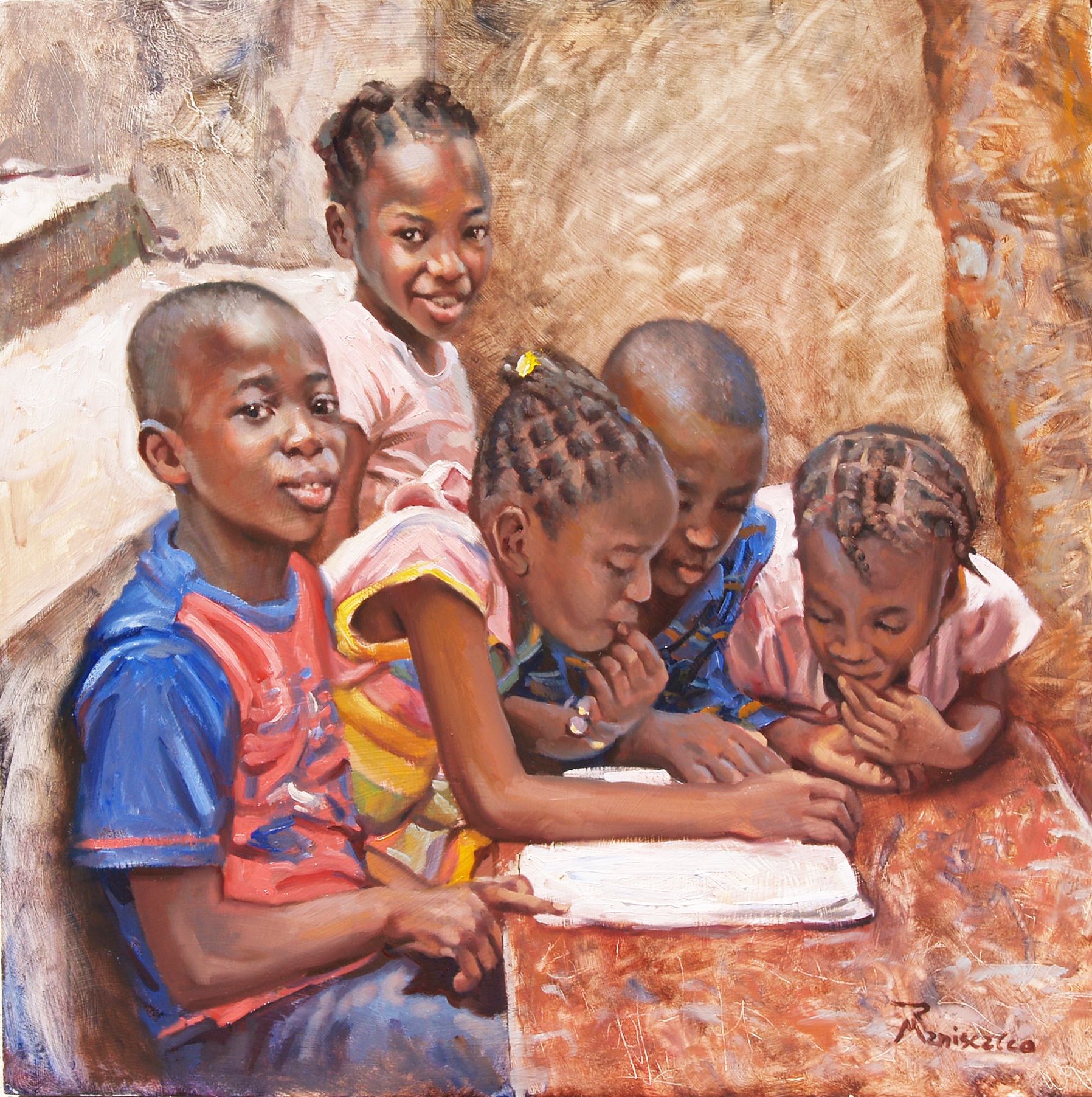 The little ones were fascinated by my soft hair and could not take their hands off me.  A most beautiful little girl, Jasmin, was particularly fascinated by the palms of my hand, and admired that the cracks had no pigment.  She said my hands were “good” and hers were “bad.”  This threw me for a quite a loop. I couldn’t imagine how someone as beautiful and adorable as she could envy some bald, overweight, middle-aged,  white dude. I found myself empathizing and admiring her openness in her struggles with her identity.

I found myself giving back to them, exactly what they had just given me. I told her and the others that God made us all good and beautiful.  I told her we all have to find a way to love ourselves, exactly as God made us.  I admitted I wasn’t very good at loving myself until I started really loving God and connecting with others. I let them know they were way ahead of the game already.

I learned again, what I thought I’d learned long ago: acceptance is not enough. Embracing one another is the only way to peaceful harmony. These children taught me how to love without condition; they are living proof of the power of love.  I learned more about love in that one evening than I’d ever thought I knew.

Racism is not something people just “get over.” For this little girl, Jasmin, and for so many of these children in Haiti and indeed for people of color throughout the world, there is an uncomfortable, deeply imbedded longing to be white. They are taught at every turn that to be black is a sin, a curse. Imagine an entire race of people feeling accursed. And in Haiti, a nation dedicated to Voodoo, they feel gripped by a spirit of selfishness, fear and self-loathing.

But the plight of the dark skinned among us cannot be removed by deferring responsibility to them, bellowing “they need to pick themselves up,” while ignoring their deep seated internal struggles. It is absurd to blame the poor for their condition, like we do in America. I can just hear my white friends saying, “It’s not my fault. I didn’t create slavery and oppression.” Their words sound so empty, after what I have just experienced.

Racism must end. Loving understanding must win out or we will all perish. Our “tolerance” must end. Our “accepting of our differences” must end. Our “separate and unequal” must end. Our indifference must end.  Our complaining about Political Correctness must stop.  There is an urgent race now to embrace the race of one another in loving solidarity or we will not survive as a species.

When will this sickness end, Lord, God? The day we realize that that murdering white supremest is us. Those people in the Dominican Republic are US. We made this world.  We are its inhabitants.  It is our world and WE need to change it.

I’m a Christian. I believe Christ is the way the truth and the light. But there were many people grieving here in Charleston today, people of many faces, races and beliefs. I stood with them in the heat, arm in arm. We all came together in hope for a better world, a world where this doesn’t happen.

So I call upon all those multitudes throughout the world, who believe in hope. Peace must rise from every soul until it cries out with such a powerful groan, that it will open everyone’s heart, turning it outward, connecting us all in loving solidarity, determined that this can and must not ever happen again. Anger and despair is the result of our nagging failure to understand one another. The end of despair can only be brought about by speaking loudly for peace and understanding.

This little girl, Jasmin, and people of color throughout the world are struggling. They are finally waking up and beginning to identify with their own culture, a once rich and proud culture, a culture that has been systematically attacked and oppressed for centuries. They are waking up to a world that doesn’t care about them, or their cultural identity. Because they do not share it. It is not their culture, it has been systematically removed from the insulated world they have created, which does not want them. “Oh, I like some black people, the ones who act like me.”  Bullshit!

We must stop deluding ourselves. People of color, and those of us who are sensitive to their plight, are quite understandably outraged. This awaking began during the 60’s for black Americans. But the promise of that awakening, equal opportunity for all, was never fully realized or manifested.  In fact, it has been reversed.  So the outrage was buried for years. It is now resurfacing. Yet, the oppressor’s response is still the same, “They are to blame, not me. They are not me.”

In Haiti, I played a very small part in the beginnings of such a hopeful awakening. Telling Jasmin she was a beautiful child of God, equal and worthy as any of God’s children to stand tall and proud for who she is and where she comes from, is to open that Pandora’s box, the door to which must now be flung open wide.  None will be free until all are free.

If you are lead to support a specific charitable project, rather than send money to the Red Cross or other high visibility organizations, where more is often spent promoting the need for donations than actually serving those in need, please send contributions directly to Watermissions International or to The Bread of Life Orphanage. I used Western Union to transfer my funds. It’s easy.