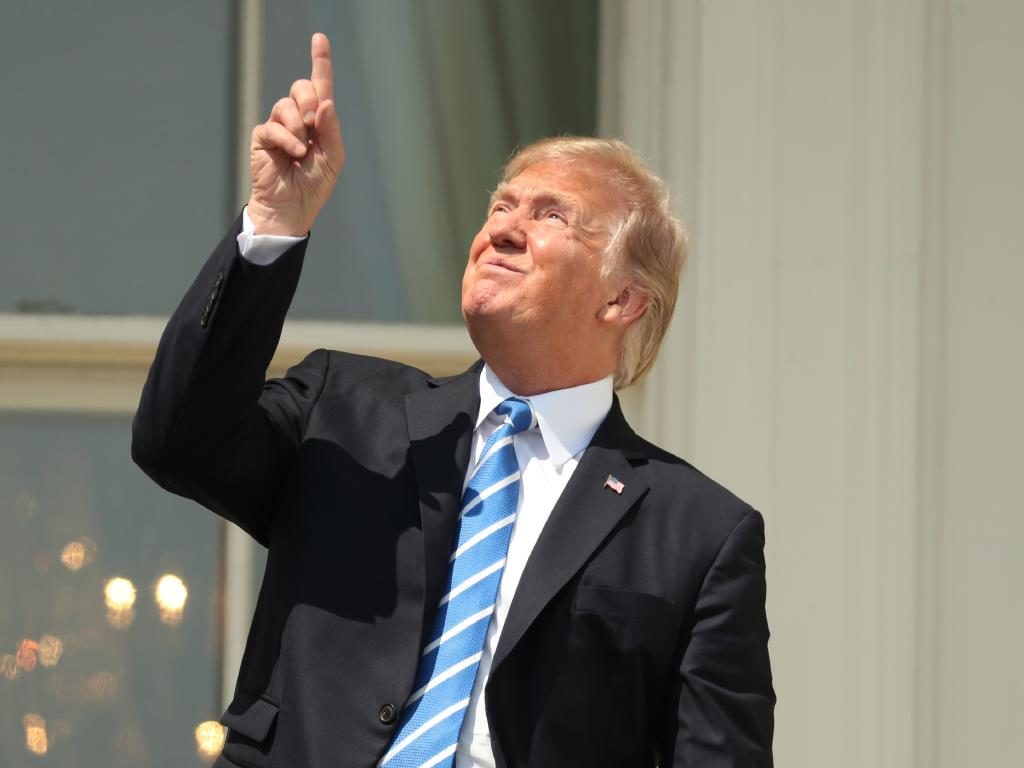 DJT starring at the eclipse.

Much has been said about DJT’s intelligence, or lack thereof. I think we can concede he is a very smart man, as he so often feels compelled to remind us. But as some people are smart with numbers or in their musical ability, Trump is smart in his own unique way.

DJT is smart the way the neighborhood bully is smart. He can sense opportunity for immediate advantage and knows how to get other kids to do things his way. He is smart the way a wolf is smart; he knows when and where to attack the herd to keep himself alive. He’s smart the way a Willow tree is smart, building deep and intricate roots to clog the works underground while his gentle tendrils sway benignly in the breeze. He’s smart like a lion, exerting himself rarely, but with the vicious certainty of an undisputed predator. He’s smart the way a jealous lover’s smart: if he can’t have what he wants, he can find countless ways to bring his would-be-lover to her knees. He’s smart like a magician, who distracts with slight of hand to trick his subjects into believing the impossible. He’s smart like Dylann Roof, who was the master of a certain narrow set of information, which guided his actions without distraction. He’s smart the way Hitler was smart. He senses the fears, vulnerabilities and weaknesses among his minions and can exploit them brilliantly to his advantage.

DJT is a genius at coming out on top but he is not a winner. He can’t compete in a fair fight so instead he finds a way to change the rules. He’s like a bacteria which thrives in a warm, wet environment but ultimately destroys its host. He’s an effective tactician but a rudderless leader, guided not by values but only by a desire to control the message. His desire is voracious but his goals are short sighted and selfish. He must vanquish his enemies because he knows he cannot govern with them. He is a petty dictator, who has built a complex machine, an elaborate web of distraction. He has tricked the greatest democracy the Earth has ever known, a nation whose people have grown frustrated, distracted by their endless greed and sense of entitlement, all while the rug has been pulled out from under them by a growing oligarchy. We have ceded him authority over our greatest institutions, hoping he will fix us and them on his way to that great self-serve ice cream dispenser in the sky.

Where will this all end, we wonder? Like every despot before him, the end is always more than the world can bear. His elaborate house of cards will inevitably fall, as they always do, while We the People are left to pick up the pieces, as we always do, only to stack them up again and again. That is, until that bright day when we become conscious of our conscience. Or until Armageddon.