This is an excerpt from Quench, available soon! 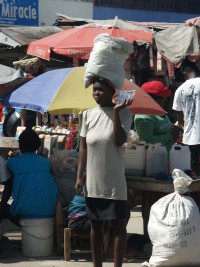 Through The Quench Project I simply want to give a face to the faceless hordes. When seen as a wash of humanity it is easy to lose sight of the individuals comprising the whole. My goal in coming here was not to document the misery of the masses, or even to find a few representative faces to win sympathy in the states. My goal was to find out, through my art, how a people, one person at a time, and in a million different ways, is finding a path to survival.

I quickly realized this would not happen in a car. I needed to be among the people. But being the only white face, not speaking Creole, having zero Haitian street smarts and loaded down with cameras, would make rubbing shoulders with the people quite challenging. My fears were reinforced by the very understandable skepticism, even hostility, many Haitians feel toward the well-intended and not so well-intended missionaries and NGOs, (Non-Governmental Organizations), who often exploit Haitians by using their sad visages to raise money for their organizations. Sadly, the average Haitian rarely benefits from this emotional exploitation. I didn’t want to be just another person exploiting the suffering for a selfish purpose and determined that fifty percent of any profits arising from this project, more than I’d originally planned, would go directly to the people of Haiti.

Meanwhile, I realized I was completely dependent on my hosts for my guidance and protection. As compelling as the idea of my wondering independently among the “unwashed hoards” might be, I could see immediately that it would not be a wise decision. So I accepted gratefully the constant presence of my hosts during my adventures among the people.

But I would still need to find a way to break through the people’s quite understandable mistrust of the “white man bearing cameras.” Thankfully, walking alongside Jesus, I managed to find little ways, to break the ice and achieve sometimes brief, yet meaningful connections. This allowed me to document with my words and in my paintings, something I hoped others might find meaningful and inspiring.

I was struck by how many of the people I encountered were managing to find peace, contentment, even joy, in such wretched conditions. But I mentioned earlier, perhaps I was projecting my belief in my own thesis onto them. I want very much to believe they are a noble people, surviving under terrible conditions, so that is what I saw. Could it be that I simply am encountering only the few Haitians who have risen to that enlightened place of hope, where aspirations for a better life have drawn them to other sincere people of faith? Most of those I will encounter are those who have chosen to make a difference, who want to raise Haiti from the rubble of defeat, and transform it to a functioning, vibrant society.

I am certain it is true that my perspective is distorted by my beliefs. If my belief in the innate goodness of mankind has distorted my perception, I just have to trust that the more complex, perhaps darker truths, will also subtly find their way into my work. 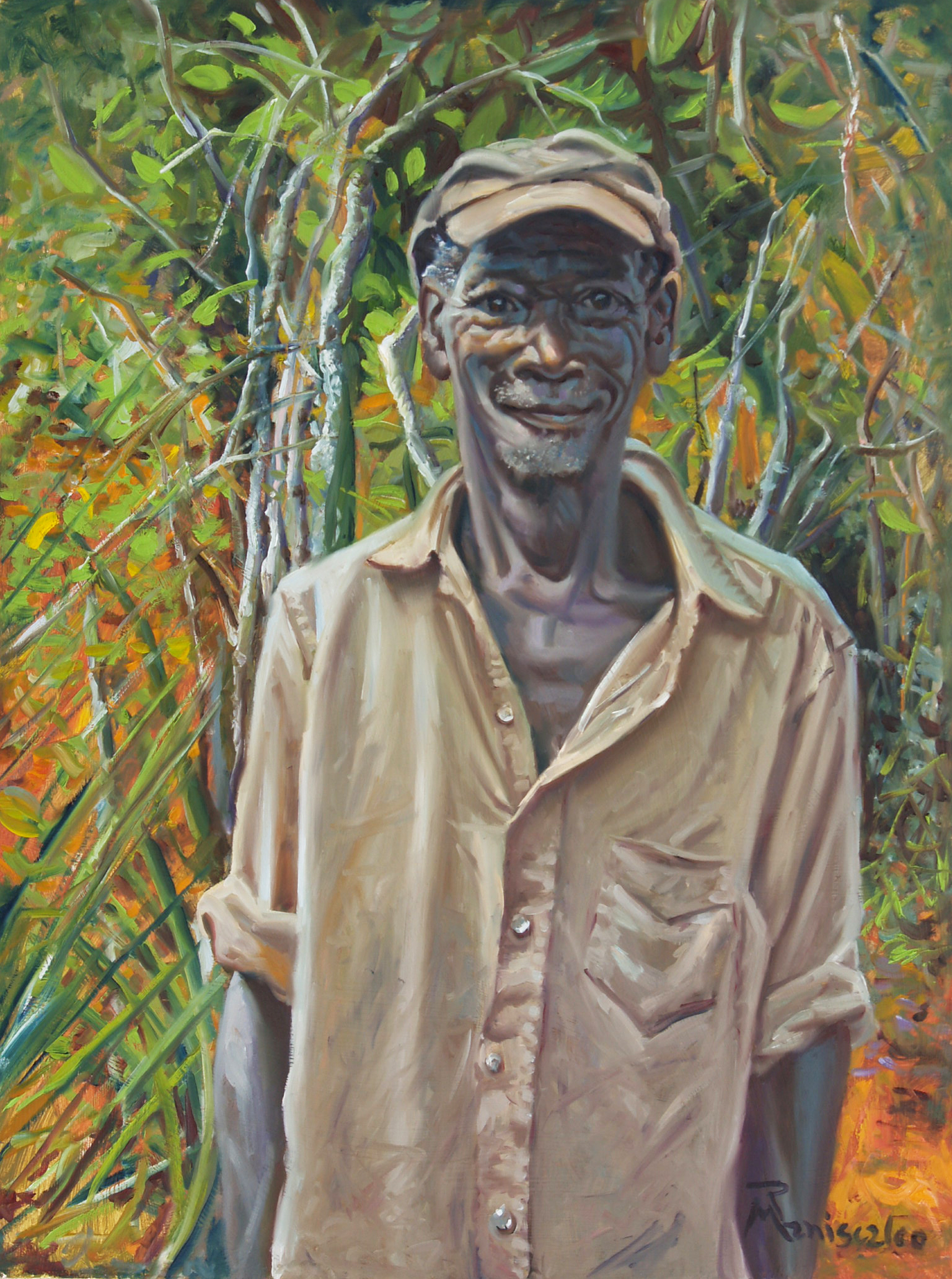 God knows, I have never been very good at painting lies, which may more accurately explain the occasional lulls in my commission portrait career, than any lack of marketing prowess on my part. Personally, I admire truth, more than I appreciate beauty. In fact, I believe truth is far more beautiful than society’s distorted ideas of what beauty is. I have painted thousands of faces in my life. Each face has a story. I have found there is awesome truth and beauty in the human face, if one has the skill and insight to see and express it. I find it is often a process of getting out of the way and accepting what is, without judgement. Painting is a very intuitive and spiritual process for me. I never try to push the map of a person’s soul in any particular direction, when I paint them. My honest observation records things about my subjects I myself may never know. This is the incredible thrill of portraiture.